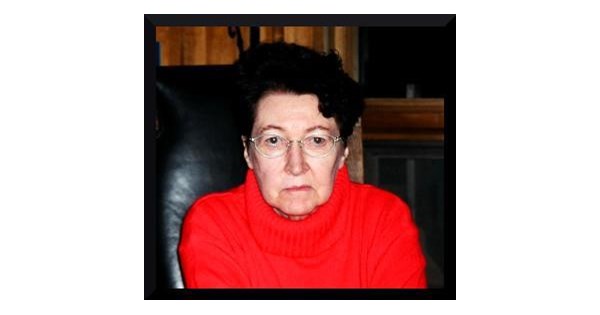 Nancy Susette Richardson was born on March 8, 1932 in Matsqui, BC, to Muriel and George Richardson. She grew up in Penticton BC and was the middle sister of Pamela and Sybil. She later called Prince George, BC, home and lived there for more than 60 years until her death on November 13, 2021. Nancy lived on her terms, demanding what was expected of her. Nancy had a strong work ethic, curious intelligence, and kept an open mind and found disagreement both refreshing and thought-provoking. She chose her words carefully and synthesized her thoughts to draw her own conclusions. Nancy hugged each day with skepticism and ambition. She was a prolific reader of biographies and mysteries, an avid sports fan of baseball, Canadian football, and hockey, a consumer of all things political, and a royalist. Nancy knew a lot about many things, from matching hymns in a high-level Anglican church service to Wayne Gretzky’s career statistics. Although she was diagnosed with dementia later in life, she would solve the New York Sunday Times crossword puzzle every week until her eyesight failed. She loved the color yellow and always remembered your birthday and sent a card for Christmas and Easter. Nancy was kind and generous, enterprising and creative, but most of all, she was determined. You see, Nancy was diagnosed with epilepsy at a young age and was protected from fully participating in the life of a child. But that was not her curiosity and her pursuit of a university education that led to an independent career. Nancy graduated from high school in 13th grade and received a Bachelor of Arts degree in 1957 and a teaching degree from the University of British Columbia in 1961. She was serving as a middle and elementary school teacher in Prince George’s 57 School District from September 1959 to September 1987 when she took early retirement. One of the highlights of her teaching was her participation in the annual Science Fair, which was recognized by the Central Interior Science Exhibition in 1990. Nancy also had an adventurous spirit. She took a cruise ship through the Panama Canal and to Alaska and traveled by train across Canada from Vancouver to Halifax, with a stopover in Montreal, PQ Nancy was a member of the Canadian Federation of University Women’s Club (Prince George) and took part in professional development Prince George District Teachers Association Committee. Nancy studied all her life. She died prematurely from her parents and her eldest sister Pamela and survived from her sister Sybil, nieces Glenda and Jennifer, nephews Brian and John as well as goddaughters Barbara and Joanne and godson Stephen. The family sincerely thanks the professional caregivers at Simon Fraser Lodge for taking care of Nancy over the years. According to her request, there will be no funeral service. Instead of flowers, please consider donating to a charity of your choice.

Published by The Prince George Citizen on November 22, 2021.