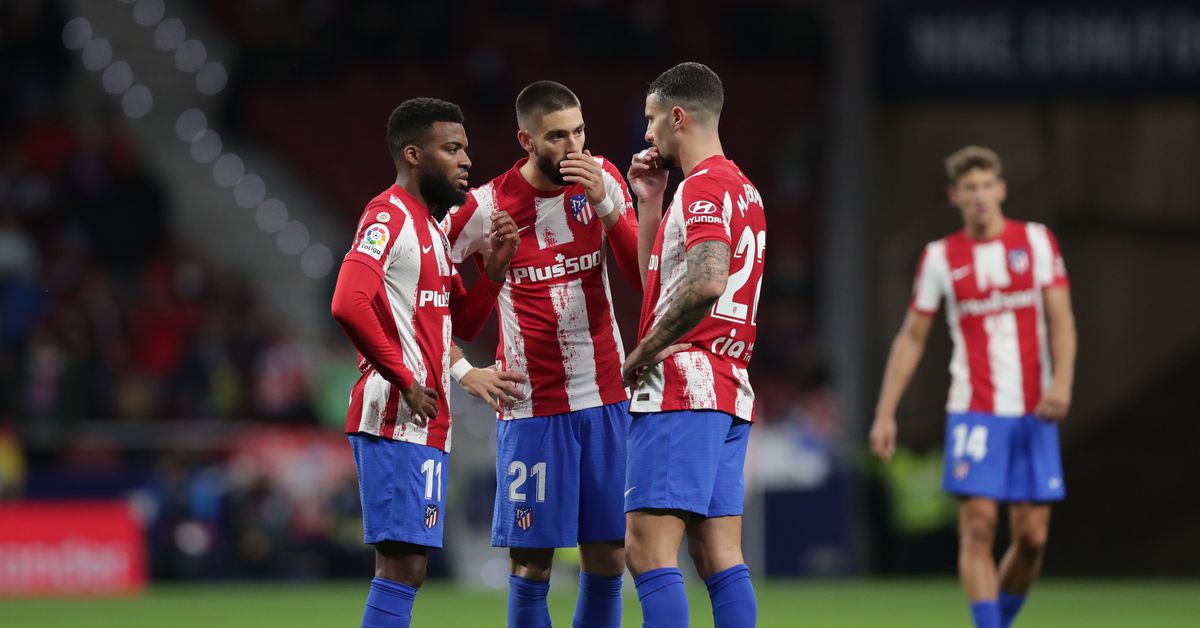 Atletico Madrid are four points behind Real Madrid in the LaLiga and qualification for the knockout round of Champions League is still in your own hands. On paper this season is going well, but anyone who has seen Atlético this season would tell you a different story.

Under Diego Simeone, Atlético Madrid has become experts in tight spaces. They usually don’t win by a large margin, and they rarely take it easy for themselves. This was a trademark of Cholismo 1.0. Lately their horizons have broadened and their tactics are more exotic and harder to define.

The suffering, her trademark, still persists.

It’s one of the great Spanish soccer stereotypes. The concept of suffering in Spanish managerial nomenclature is knowing how to stay in control even when you are out of control. It’s that blurry room just after your alarm goes off where you’re both awake and still asleep. You are in control, but neither are you.

There was a time when Atlético Madrid suffered like no other team in the world. If they took the lead or a tie suited them it was almost impossible to break, even in vain. Like a man screaming in the face of Niagara Falls.

But where is the line between planned suffering and loss of control? And did Atlético walk this line?

“Knowing how to suffer” is a great way for managers to lower expectations, to make it clear to fans that it’s not normal to win easily and that there will be times when a certain style needs to be employed . It’s a harbinger of a close game to prepare fans for war.

In close games (a goal between teams) Atlético have spent more time losing with a goal than leading with a goal this season. Apart from Barcelona, ​​no team has scored a goal in the top six “contenders” category this season. You scored a goal against Celta Vigo, Villarreal, Espanyol, Getafe, Real Sociedad and Levante. You also conceded against Milan first and Liverpool (twice) in the Champions League.

Nobody said it was going to be easy, but does it have to be that hard?

They have scored eight goals after the 76th minute this season, and on two of those occasions they had to return in stoppage time to beat Espanyol and Getafe. Luis Suárez scored late against Real Sociedad to save a point and Felipe’s belated header was enough to beat Osasuna last weekend.

Felipe and the others’ exploits are not without their justification, but for some reason Atlético are still in this situation – looking for late goals. The only two games they won with more than one goal were against Barcelona and Real Betis.

Diego Simeone doesn’t seem to find his solid team this season. This is due, among other things, to injuries and suspensions as well as the numerous international breaks. But it’s also because there’s no margin for error.

While we wait for Atlético’s season to end and take a run, we should plan for an emergency; maybe they’ll never get it together and that’s them.

When managers talk about suffering, they are always the winners. They suffered … but in the end they struggled. Too often this season, Atlético have not chosen the path of suffering, but have found themselves in close matches against opponents against whom they should be in control.

Friedrich Nietzsche said: “To live means to suffer”, but sometimes there is another way. Simeone has to find it soon, otherwise Atlético’s season could come to nothing.