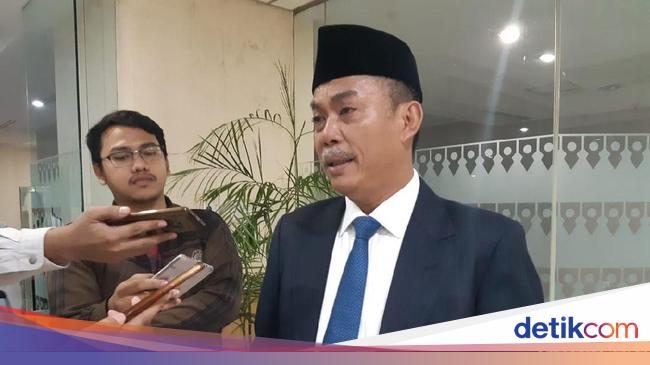 The chairman of the DKI Jakarta DPRD, Prasetio Edi Marsudi, canceled the loan proposal submitted by PT Jakartaigento in the amount of Rp 4.026 trillion (JakPro) in the DKI Jakarta APBD Draft 2022. It is planned that this budget will be made available for projects Intermediate treatment plant (ITF) Sun.

“I, as the Chairman of the Council, do not approve JakPro’s loan of Rs 4.026 trillion,” said Prasetio while chairing a meeting of the Regional Draft Budget for Fiscal Year 2022 at DKI Jakarta DPRD, Jl Kebon Sirih, Central Jakarta, Tuesday ( 11/23/2021).

Prasetio met after the meeting and admitted that he had not received a full explanation of the loan from the executive branch. Therefore, he was concerned that there would be problems in the future if the draft budget were converted into a regional regulation.

“To this day I have never received it and it is not discussed. If it is not discussed, but we do include it in the budget, in the regional regulation, the findings will at some point become a problem. here. I said to Mrs. Sri that if I was forced to, I wouldn’t want to, ”he said.

For information: In the KUA-PPAS 2022 this loan is estimated at 2.8 trillion rupees. However, according to a letter from DKI Jakarta Governor Anies Baswedan to Prasetio, the loan requirement was 4.026 trillion rupees.

The PDIP politician stated that he plans to propose the loan to PT Sarana Multi Infrastructure (SMI) in order to provide PT Jakpro with regional loans. Funds in the amount of Rp 4.026 trillion for a credit period of 8 years including a grace period of 42 months.

At tomorrow’s forum of the DKI Jakarta DPRD Budget Board, Prasetio confirmed that he would again apply for the loan to be abolished.

“I held the hammer, he suggested, he planned, now I’m confused, I made a decision earlier on the Banggar forum that I suspended for tomorrow morning, want to borrow SMI,” he added.

Read more on the next page.