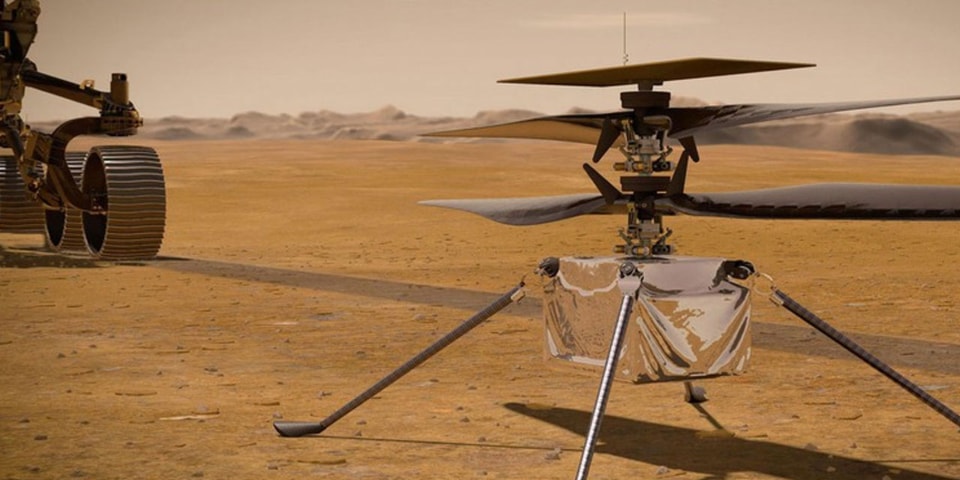 New video footage from NASA‘s Perseverance Mars-Rover der Ingenuity mars helicoptersThe 13th flight on September 4th offers “the most detailed view of the rotorcraft in action yet,” NASA said in one opinion.

Ingenuity’s 160.5-second Flight 13 stands out as one of the rotary-wing aircraft’s most complicated fights to date, as the helicopter flew over varied terrain within the geological feature “Séítah” and captured images of an outcrop from different angles for the rover team. The new images were taken from a height of 8 meters and complement previous photos taken during Flight 12.

The video of the flight, which was recorded by the Mastcam-Z with two cameras of the rover, shows two angles of the movement of the rotorcraft. The first shows the large-format flight profile of the four-pound helicopter, while the second shows a close-up of the take-off and landing that the rover’s team captured while doing research to measure the clouds of dust generated by the rotorcraft.

“The value of Mastcam-Z really comes into its own with these video clips,” said Justin Maki, assistant senior researcher for the Mastcam-Z instrument at NASA’s Jet Propulsion Laboratory in Southern California. “Even at 300 meters [328 yards] away, we get a great close-up of take-off and landing through the Mastcam-Z’s ‘right eye’. And although the helicopter is little more than a spot in the wide field of vision of the “left eye”, it gives the viewer a good feeling for the size of the surroundings that Ingenuity is exploring. ”

The helicopter is currently preparing for its 16th flight, which will be a shorter flight of 109 seconds and in which the helicopter will reach an altitude of 33 feet. Check out the latest video of the rover above.

In case you missed it NASA plans to build a nuclear power plant on the moon.