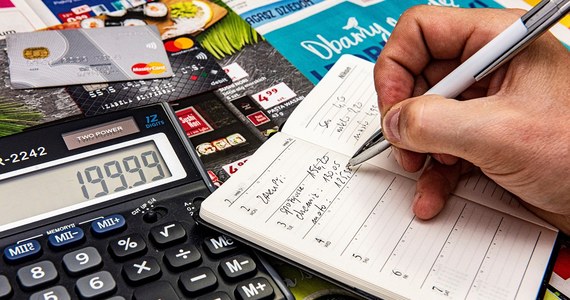 The study carried out by UCE RESEARCH and SYNO Poland shows as much as 67.9 percent. of compatriots cut their spending in stores due to rising inflation and high prices. In contrast, 20.3 percent did not apply any restrictions. Respondents from a representative sample of 1057 adult Poles. However, 7.9 percent. of respondents can’t say it, and 3.9 percent. – don’t pay any attention to it.

– Many opinion polls, for example at the beginning of this year, have shown that Poles are starting to gradually reduce their in-store spendingbut that percentage was a little lower than it is now. Now we can see in the market that this trend is intensifying. Contrary to popular belief, consumers don’t earn more. If their wages have improved, it has been sporadic and the prices in the shops have risen significantly. And customers see that they have to pay more for the same purchases than before – comments the economist Dr. Krzysztof Łuczak.

According to CIS data, retail sales are in September of this year. nominally by 11.1 percent. higher than in the same period last year, at constant prices it rose by 5.1%, as Dr. Urszula Kłosiewicz-Górecka from the Polish Economic Institute emphasizes. He adds that households are spending more, but the economic benefits of their purchases are not growing. Is it unfavorable phenomenonwhich usually limits the willingness of consumers to buy. This is confirmed by the results of the tests mentioned above. According to the expert, the cost reduction is related to the Poles Worry about your own budget. This is especially in the context of the announced further price increases, including gas and electricity, which affect how much we pay for various items and services.

– The situation of reducing spending in stores will not change anytime soon. You have to be prepared for that it will only get worse. When Poles use up their savings on used goods, they will be forced to save for what is most important to them. In my opinion, we are only just at this stage. The above situation can have far-reaching implications for retail and the economy. Retail chains that are experiencing lower sales will gradually raise prices to make up for the losses. I have no doubts – adds Dr. uczak added.

Looking at the age of the respondents, it can be concluded that the reduction in spending in shops is particularly visible in the group of 56-80 year olds – 73.1%. On the other hand, taking into account the monthly net income, this is mainly true for compatriots earning less than 1,000. PLN – 78 percent. Next come the respondents who earn PLN 1000-2999 – 72.5 percent. At the bottom of the list are Poles with over 9 thousand. PLN – 45.8 percent. However, taking into account the size of the place of residence, the restrictions are usually set by respondents from cities with more than 500,000. Population – 70.6 percent. The closest are people from cities with 5 thousand. up to 19 thousand inhabitants – 69.3%

– Poles earn more in big cities and are often better off financially than people in smaller centers, especially in villages and small towns. And yet it can be seen that the situation has turned strongly here. This is a really serious problem. On the other hand, it turns out that when viewed regionally, the greatest savings were made by the inhabitants of the voivodeship. Podkarpackie, Greater Poland and Silesia. This shows that savings are not only made in less affluent regions, but also in the better-off regions – analyzes Dr. Krzysztof Łuczak.

The respondents also stated in which categories they save the most. The list is opened by clothes – 38.7%. Then there are alcoholic beverages – 33.3%, and then – sweets and snacks – 32.7%. According to Dr. Łuczak, the Poles began to shop more thoughtfully. They save mainly for what is not their first need. The expert also has the impression that the excessive consumption that was observed, especially before the pandemic, among his compatriots has slowed down.

– Second hand shopping, including clothing, is becoming increasingly popular. Your advantage is not just the low price. By expanding the usefulness of things, their negative impact on the environment is reduced. Consumers’ search for cheap deals is leading to a shift towards discounters, which are already leaders and control over 33 percent of the market. FMCG market – says an expert from the Polish Economic Institute.

Business INTERIA.PL on Twitter. Get involved and read business news

At the bottom of the above list are products such as coffee and tea – 6 percent, soft drinks – 9.1 percent. and household chemicals – 9.8 percent. As Dr. Kłosiewicz-Górecka summarizes, consumers try to limit the consumption of alcohol and foods that do not fit a healthy lifestyle. In contrast, the proportion of pleasure products such as coffee and tea remains high. The same applies to hygiene measures, which are classified as basic requirements and ensure health security during a pandemic.