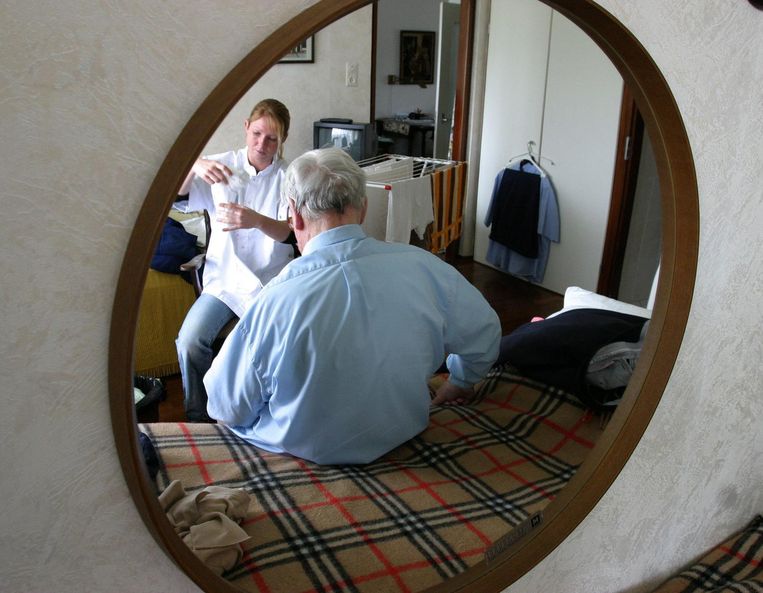 In the care of the elderly, both in nursing homes and in old people’s homes, the pressure on the staff is increasing. The trade association ActiZ warns of a “Coronatsunami” and says that more and more elderly people are left without help. The absenteeism of employees is increasing due to Corona, quarantine and the work pressure of the last 18 months. In addition, more and more elderly people are getting sick with the virus. Almost 300 people in need of care are tested positive every day, the highest infection rate since February. Death rates also rise to an average of 14 per day. That is still significantly less than in previous waves, when more than 50 nursing home residents died as a result of Corona every day. A big difference from then is that a large part of the residents were vaccinated. The number of positive tests in elderly people living at home, at around 1,500 per day, is higher than ever before. As in nursing homes, the corona mortality rate is also increasing among people over 70 living at home, albeit at a significantly slower rate than the number of reported infections.

In many countries in Western Europe, as well as in the Netherlands, the number of infections is rising rapidly. In France, the number of reported infections has almost doubled in a week, and Belgium and Germany are registering more positive tests than ever before. Last week, an average of 21,059 infections per day were reported in the Netherlands, 57 percent more than the week before. The weekly average was never higher than 20,000. This means that the number of reported infections, converted to the number of inhabitants, is higher than in Belgium for the first time since the summer holidays. In Spain and Portugal, the number of positive tests is still low compared to other countries on the European west coast, but there has also been a significant increase since the beginning of November.