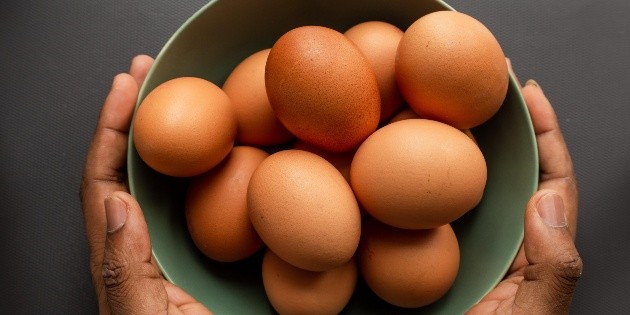 One of the products with the greatest presence in the daily diet of millions of people is eggs; however, there are those who, due to allergy, personal taste or dietary restrictions, need to leave it out of the kitchen.

That is why this article lists five elements that may be waiting in your kitchen for you to use as egg substitute and that, coincidentally, turn out to be of plant origin, so they can make your dishes vegan or vegetarian.

This fruit is useful to replace the egg in sweet inclination recipes, such as pancakes, cookies and other pastries that do not need to inflate much or to which a leavening ingredient can be added, since it does not provide the fluffiness that is added with the egg.

The banana should be added in puree form and the recommended portion is 60 grams of crushed fruit for each egg that the recipe calls for.

In nutritional matters, the banana coincides with the contribution of the egg in elements such as potassium, proteins, calcium, magnesium, iron, sodium and phosphorus, although there are different amounts.

The apple is another possible substitute for the egg, to work it is necessary to make a puree without the peel Although you can also use commercial puree, the only difference will be the sweetness since most contain added sugars.

Being a food with a more subtle flavor, it works to both sweet and savory preparationsWhen preparing breads or cakes, it provides long-lasting moisture and coagulates to bind their structure.

The apple, unlike the egg, is a source of carbohydrates, while it shares characteristics such as the contribution of proteins, calcium, potassium, magnesium, phosphorus, vitamins A, B, D and E.

To replace a large egg you need 70 milliliters of apple puree.

In the world of seeds, the one obtained from flax is a great auxiliary to replace the egg in the kitchen.

For being a food of neutral flavor Its versatility makes it useful in all kinds of recipes.

To use flaxseed, you need grind the seeds and add hot water, it should be left to rest for five minutes and the result will be a jelly texture mix, very similar to that of egg white.

For each piece of egg to be substituted, one must be added tablespoon and a half of seeds of ground flaxseed in 60 milliliters of hot water.

Its main nutritional contributions are fiber, fatty acids, magnesium and vitamin B.

These small seeds are well known for providing considerable amounts of essential fatty acids and minerals for the body such as iron, potassium, calcium and sodium.

When a tablespoon and a half of chia is combined with 70 milliliters of water, the seeds hydrate and form a kind of gel that matches the texture and characteristics of a piece of raw egg.

This mixture can be used as an egg substitute in sweet and savory recipes without modifying the resulting flavor.

Although the name sounds like a rare and hard-to-find ingredient, aquafaba is nothing more than the water in which some types of legumes are cooked.

The most common are chickpeas, for this it is necessary to soak them for a few hours in water, and then cook them in a pot with enough water without adding salt or any other seasoning.

Once cooked, they should be removed from the liquid and allowed to cool. In that simple way you get the aquafaba.

The water must be beaten so that the proteins, carbohydrates and vegetable solids form a structure that retains the air, in the end a product almost identical to egg whites beats.

This element is used as a substitute for egg white so it can be used to capped, to give texture to mousses or meringues by adding sugar.

Aquafaba can also be obtained from chickpeas or legumes such as canned beans, only they often have preservatives or other ingredients added.