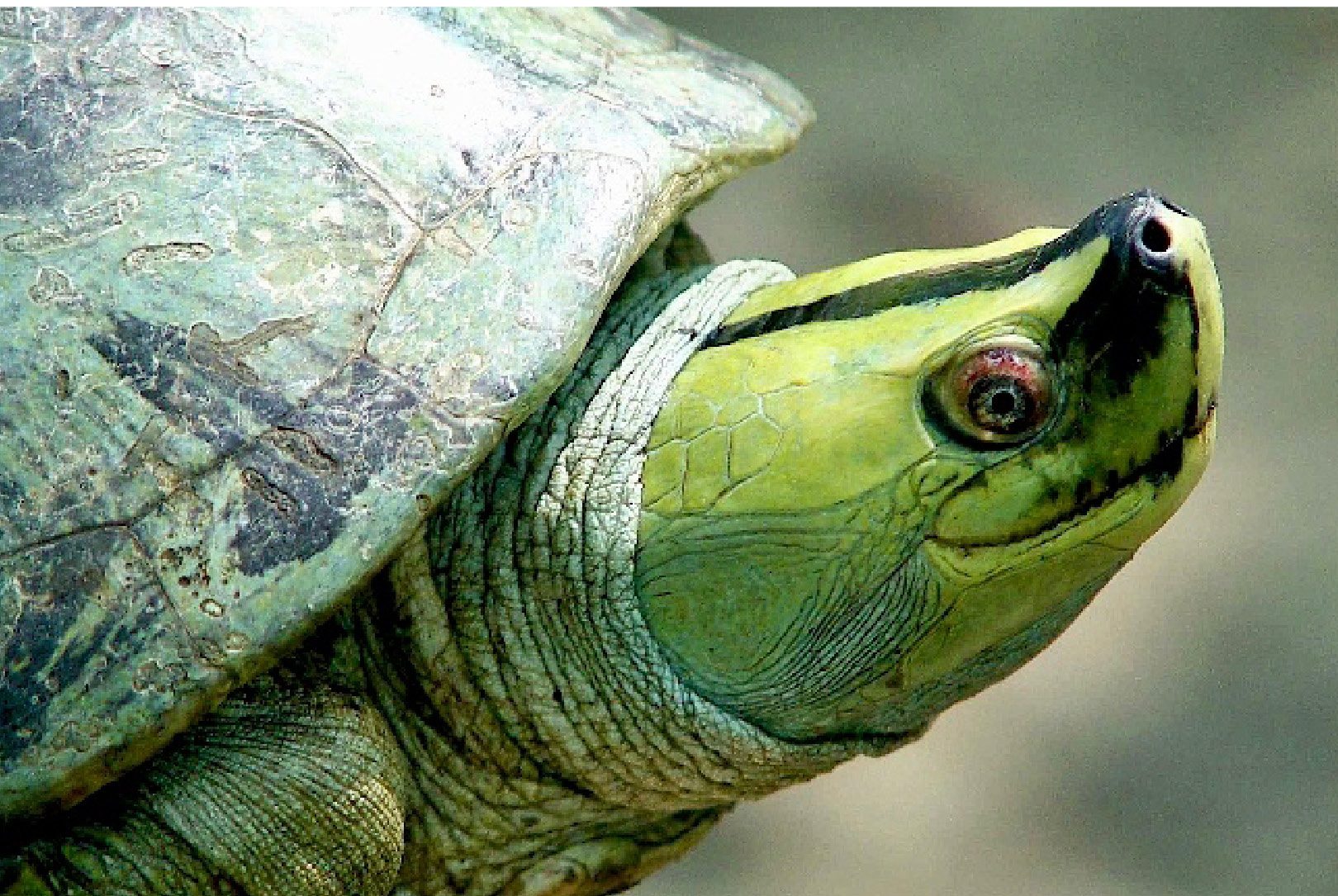 “Turtles of the World”: In a new atlas, biologists present the collected knowledge about the 357 turtle species in the world and at the same time draw attention to their sometimes dramatic situation: Around half of all species are threatened with extinction. Above all, the animals suffer from the loss of their habitats and excessive catches. In the course of history, humans killed many species of tortoises at an early stage, the scientists report: Charles Darwin, for example, came too late for most species in his research on giant tortoises.

An ancient recipe for success: over 220 million years ago, reptiles first developed the special armor system that still shapes the turtle species in the world today. In the course of the evolutionary history, these animals then produced a great diversity and were able to conquer different habitats in the process. In contrast to the dinosaurs, some representatives of the turtles apparently also managed to survive the mass extinction at the end of the Cretaceous period. Today, 357 species of turtles populate the oceans as well as various freshwater and terrestrial ecosystems.

From large to small – the biodiversity at a glance

The current information on all these representatives of armored reptiles has now been compiled by an international team of scientists led by Uwe Fritz from the Senckenberg Natural History Collections in Dresden for the new edition of the “Turtles of the World” atlas. A literally outstanding representative is the sea turtle Dermochelys coriacea: its leathery shell reaches lengths of up to 226 centimeters. On land, the Seychelles giant tortoise Aldabrachelys gigantea holds the record with a shell length of up to 138 centimeters. At the lower end is the Vallarta mud turtle Kinosternon vogti: its shield is only about 10.2 centimeters long.

This means that only three of the many interesting turtle species in the atlas are named: “We are providing a compilation of all 357 scientifically recognized and still living turtle species in the world,” says Fritz. “But that’s not all: In the new edition, we also shed light on the endangerment status of turtles and compare their original habitats with today’s distribution. We want to offer national and international legislation and nature and species protection a solid basis for action, ”said the scientist.

Half of them are threatened with death

Specifically, the worried focus is on 171 species of turtles: around half of all species are to be regarded as threatened, the scientists emphasize. The turtles are thus among the most endangered vertebrates in the world – only the primates appear more frequently in the list of threatened animal species. “The large turtle species in particular are at risk because they depend on special habitats,” says Fritz. “For example, the large Asian turtles that were originally widespread in estuaries or rivers are facing extinction. Their habitats are getting smaller and smaller, the eggs are being plundered by humans and the large animals are still slaughtered to eat them, ”says the biologist.

The new atlas also makes it clear: the habitats of almost all turtle species have drastically reduced compared to their original distribution patterns. The reasons for this are habitat loss and the impairment of habitats due to overuse. The distribution areas of the large Asian river turtle Batagur trivittata and the Burma star tortoise Geochelone platynota in Myanmar and the habitats of the South African geometric tortoise Psammobates geometricus, for example, have shrunk by at least 90 percent, the researchers report.

How far back the history of the threat to and extermination of turtles by humans goes back, Fritz already highlighted at the beginning of the year in a publication on giant tortoises. Representatives of these animals, which can weigh up to 400 kilograms, are only found on the Aldabra Atoll (Seychelles) in the Indian Ocean and the East Pacific Galapagos Islands. They are considered to be one of the groups of animals that inspired Charles Darwin to develop the theory of evolution. “In the past, giant tortoises were much more common,” says Fritz. “Around 200 years ago they still occurred on the Mascarene Mountains east of Madagascar and until a few thousand years ago on many other islands, for example on the Fiji Islands, the Bahamas, Cuba, Madagascar, Sicily or the Canary Islands.” traveled there shortly after the arrival of man extinct.

The danger that soon only remains of many of the remaining turtle species will soon be evident is now acute, stresses Fritz in conclusion: “The current figures are dramatic and should lead to comprehensive protection of the turtles as quickly as possible,” said the scientist.