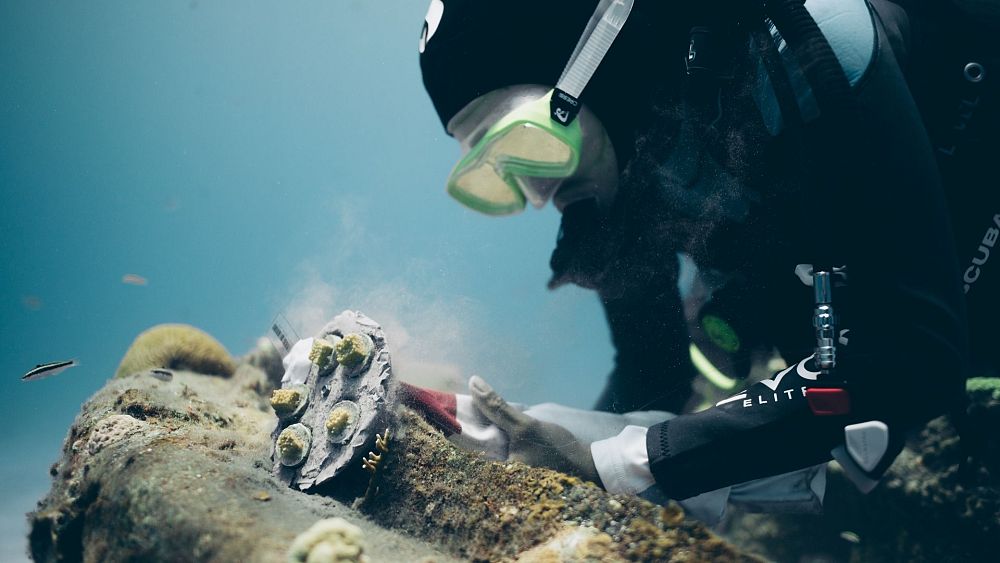 The mission of Coral Vita, a Bahama-based company, is to restore lost coral reefs and build them to be more climate-resilient.

Sam Teicher and Gator Halpern met at the Yale School of Forestry & Environmental Studies and soon discovered a shared concern for the dying coral reefs of the oceans.

“I grew up in San Diego, California, where I spent as much time as possible in the ocean and in the waves, and my co-founder Sam has been a diver since he was 13,” said Coral Vita co-founder, Gator Halpern.

“Even in our relatively short life, we have seen how drastically the marine environment has changed, particularly the coral reefs that have collapsed around the world.”

One billion people’s livelihoods depend on coral reefs, which are rapidly dying due to climate change. In the past 70 years, half of the world’s reefs have been lost and By 2050, 90 percent are expected to disappear.

Over 25 percent of all marine life live in coral reefs and they also offer coastal protection from waves, storms and floods.

“Coral reefs really are the cornerstone of life in our oceans and therefore, in many ways, of life on our entire planet,” says Gator.

Ocean acidification is the number one cause of coral reef death.

With climate change, the oceans are warming and at the same time absorbing a lot of carbon dioxide from the atmosphere, making our oceans a huge carbon sink.

But as carbon is absorbed by the world’s oceans, it changes the chemistry of seawater so that it becomes a little more acidic.

“Out of love for the environment and the sea, we decided not just to study science and watch what happens. We wanted to try to start a mission-driven company that would do our best to address this issue that is so important to us a lot. “

Can coral reefs be saved?

The couple started in May 2019 Coral White, the world’s first land-based commercial coral farm in Freeport, Grand Bahamas. They developed a high-tech farming solution to grow more resilient, diverse corals and restore reefs around the Bahamas and beyond.

They grow 24 different native species of coral, 50 times faster than in the wild, and grow the corals to make them more resilient to the effects of climate change.

Coral Vita’s innovative approach to coral farming was one of the first to be recognized Earthshot Prizes for environmental innovations launched earlier this year by the Royal Foundation and Prince William.

Coral Vita won the Revive our Oceans award for £ 1 million. This will enable the company to build a global network of coral farms and grow one billion corals annually.

Check out the video above to learn more about the project.