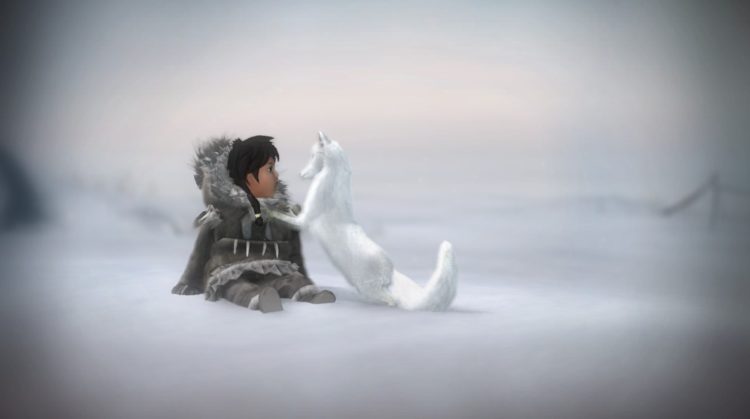 Last week The pack for the shooter Rogue Company was released on Epic completely free of charge, which offered some nice bonuses. Today, however, we returned to distributing the games themselves, this time with three pieces.

The first title is an atmospheric puzzle platformer in which you slip into the role of Nuna and her fox friend, in which you try to break through the polar landscape together and experience a story that was inspired by the traditional history of the indigenous people of Alaska .

The magic of the game later lies in the fact that it can be played solo, but also together with another player, which gives it a slightly different charge.

For example, you can activate the title here.

Radiohead fans could enjoy this interactive exhibition, which combines music and artwork from their compilation album Kid A Mnesia, which was released in early November.

Collection is possible here shortcut. It is also available for free on PlayStation 5 and is not subject to any collection conditions.

And the last title offers a combination of train and map elements, adding a bit of the dungeon crawler genre, while you don’t control the hero yourself, but build a dungeon around him that tries to pass on by itself.

The key to success will be getting to know each hero well and presenting the challenges appropriately to them. Over time, you will unlock various new rooms, equipment, and classes of heroes that will give you a better chance of tackling even the toughest dungeons.

The game is available for purchase here.

The Dungeon Guild and Never Alone can be picked up until November 25th.