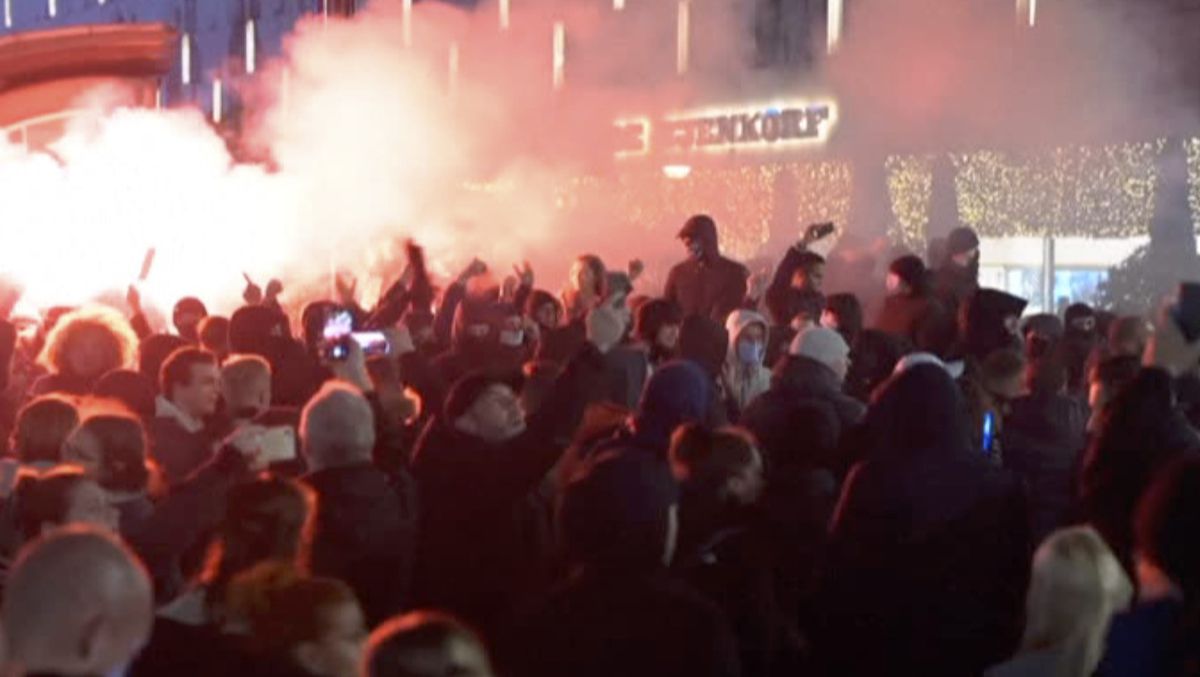 Two people were hospitalized in Rotterdam on Saturday after being seriously injured when Dutch police fired gunshots in a violent protest against COVID-19 measures, authorities said.

During the protests on Friday evening, masses of several hundred rioters set off cars, set off fireworks and threw stones at the police. The police responded with warning shots and water cannons.

Rotterdam police said on Twitter on Saturday that 51 people had been arrested, half of whom were under the age of 18.

“Two rioters were wounded by bullets and are staying in the hospital,” added police.

“The police were forced to draw their guns and even fire direct shots,” he said at a press conference early on Saturday.

The Dutch Justice Minister Ferd Grapperhaus said in a statement that the “extreme violence” against the police and fire brigade in Rotterdam was “repulsive”.

“The right to protest is very important in our society, but what we saw last night was just criminal behavior,” said Grapperhaus.

Protesters had gathered to speak out against the government’s plans to restrict access to indoor venues to those who have a “corona passport” showing that they have been vaccinated or have recovered from an infection .

The pass is also available to people who are not vaccinated but have negative test evidence.

The organizers of a planned protest on Saturday in Amsterdam against the coronavirus measures said they canceled the event after the violence on Friday.

Even so, several thousand demonstrators came to march around the city’s central Dam Square. The march remained peaceful and was monitored by a heavy police presence.

Later on Saturday, several hundred protesters who had stayed behind gathered at Museumplein, a tourism hotspot that was also closely watched by riot police.

In the southern city of Breda, a musical protest called by local DJs against the current COVID-19 measures, which include bars, restaurants and clubs closing at 8 p.m., drew several hundred people.

The Netherlands re-imposed some lockdown measures last weekend for an initial three weeks to slow a resurgence of coronavirus contagion, but daily infections have remained at their highest levels since the pandemic began.