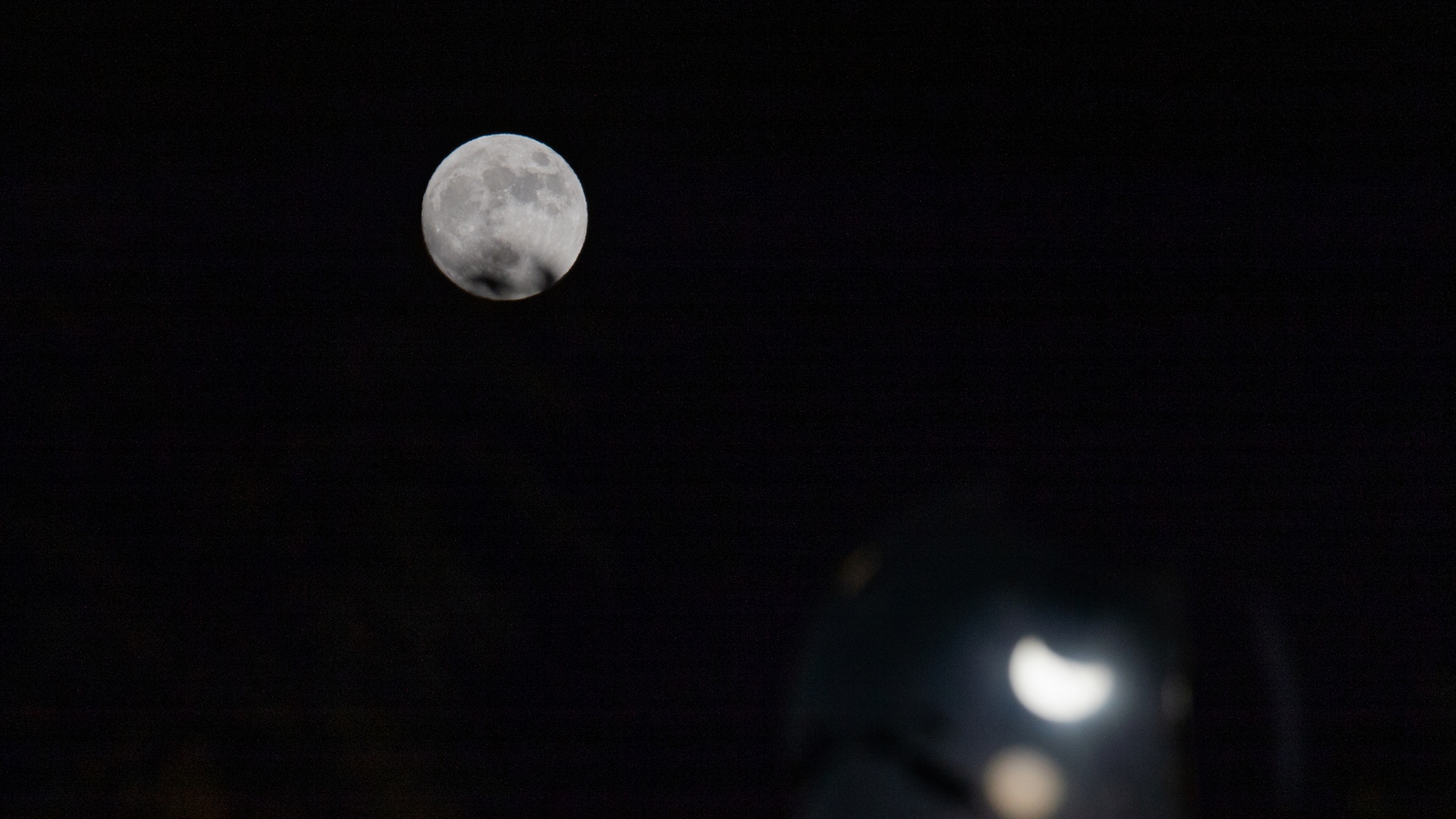 The longest partial lunar eclipse in almost 600 years, which will bathe the moon in red, was visible to a large part of humanity today.

In the sky show, the moon disc is thrown almost entirely into the shadows as it moves behind the earth and 99% of its face is red.

The partial lunar eclipse could be seen over Ireland this morning from 7:30 a.m.

Frances McCarthy, outreach director at Blackrock Observatory in Cork, said the partial solar eclipse will occur in the west-northwest sky and will be visible until the moonset from around 8 a.m.

Ms. McCathy said the setting moon will be covered in colored light and she expects to see a deep orange moon when the partial solar eclipse occurs.

The spectacle was visible for all of North America and parts of South America from 0602 GMT and can later be seen in Polynesia, Australia and Northeast Asia.

At 0750 GMT, sky observers with a clear view in these regions saw the moon half covered by the earth’s penumbra – the outer shadow.

Space scientists said yesterday that the moon would appear red at 0845 GMT, with the most vivid coloring visible during the highest solar eclipse 18 minutes later.

The dramatic red is caused by a phenomenon known as “Rayleigh Scattering,” in which the sun’s shorter blue waves of light are scattered by particles in the Earth’s atmosphere.

Red light waves that are longer can easily penetrate these particles.

“The more dust or clouds there are in the earth’s atmosphere during the solar eclipse, the redder the moon will appear,” explained a NASA website.

“It’s like all the sunrises and sunsets in the world are projected onto the moon.”

It will take more than three hours and 28 minutes from the beginning of the solar eclipse – when the moon entered the earth’s shadow – to its end.

This is the longest partial solar eclipse since 1440 – around the time when Johannes Gutenberg invented his printing press – and it will only be possible to beat in the distant future of the year 2669.

But moonwatchers don’t have to wait that long for another show – there will be a longer total lunar eclipse on November 8 next year, NASA said.

Even better news for anyone looking to watch is that unlike solar eclipses, no special equipment is required.

Binoculars, telescopes or the naked eye give a decent view of the spectacle – as long as there is good weather here on earth.

After passing into the umbra – the full shadow – the whole process is reversed when the moon slips out of the darkness and continues its endless journey around our planet.