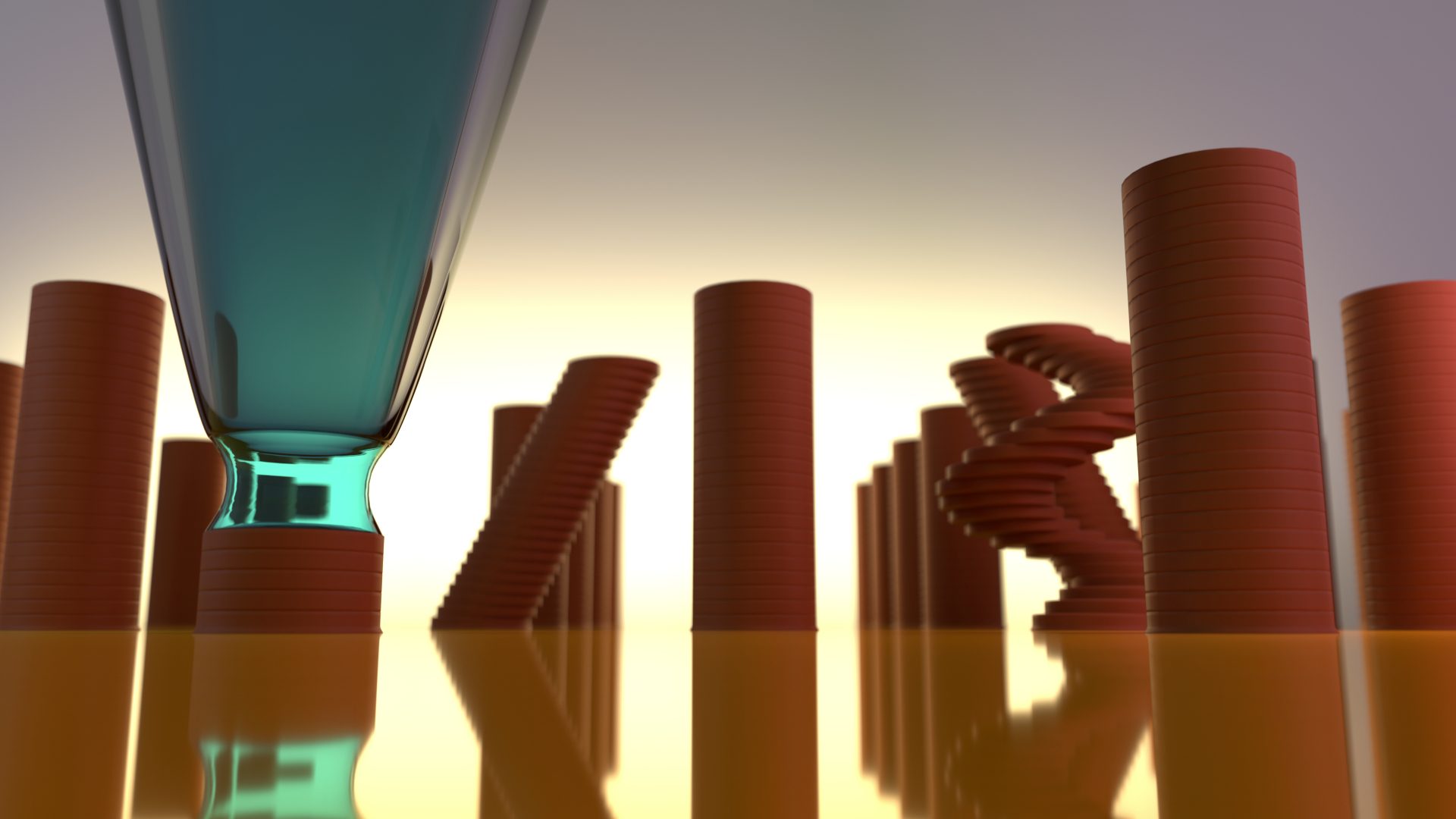 3000 times thinner than a hair: Using an innovative printing process, researchers can now produce surprisingly tiny yet complex metal objects. Extremely fine motor movements of a nano-pipette and electrochemical effects ensure that the filigree structures made of copper atoms are built up. In addition to various possible applications in microelectronics, the technology could also be used to develop more effective energy storage systems, say the scientists.

Additive manufacturing is the technical term: Techniques for the production of three-dimensional objects in the printing process have meanwhile become firmly established in many areas of application and the development of the process is continuing. More and more materials can be used and the methods are refined. A team of scientists from the Swiss Federal Institute of Technology in Zurich and the University of Oldenburg are also dedicated to this challenge. You are working on pushing the miniaturization of complex metal objects even further. Now they are reporting on their newly developed process, which clearly surpasses previous manufacturing possibilities.

As the developers explain, the concept is basically based on the principle known from electroplating – the process for coating objects with metallic coatings. In conventional methods, positively charged metal ions are in a solution, into which workpieces connected to the negative pole are immersed. “In this process, solid metal is formed from a liquid salt solution – a process that is very easy to control,” says senior author Dmitry Momotenko from the University of Oldenburg. Specifically, during electroplating, the metal ions combine with electrons to form neutral metal atoms, which are then deposited on the electrode – the workpiece. A metal layer then gradually forms on the object.

For their nano 3D printing technology, the scientists are now taking this process to extremes: The solution with positively charged copper ions is in tiny pipettes, the openings of which have a diameter of between 1.6 and 253 nanometers at the tip. The liquid can be dispensed there drop by drop onto an electrode surface. Complex structures can be built up by making fine movements of the pipette. Scientists say that only two copper ions pass through the opening at the same time with the smallest hole size. As they point out, one of the major challenges in the process was preventing the nozzles from clogging. They achieved this by efficiently monitoring the printing progress and the nozzle function.

By positioning the nozzle precisely, the electrochemists finally succeeded in building complex nanostructures out of copper: In addition to vertical columns, they can also print inclined or spiral staircase-like structures by changing the direction of movement. The diameter can be set by selecting the size of the print nozzle and can also be influenced by changes in electrochemical parameters during the printing process. According to the team, the smallest possible objects that can be printed using the process are around 3,000 times thinner than a human hair: they are 25 nanometers wide – that corresponds to 195 copper atoms in a row. The researchers emphasize that these minimum values ​​overshadow all previous options for 3D printing of metals. “This technology now combines metal printing and nanoscale precision,” says Momotenko.

He and his colleagues see great potential in their process: similar to how 3D printing triggered a revolution in the production of complex, larger components, additive manufacturing on the micro and nano scale could make it possible to manufacture completely new types of objects in very small dimensions. Possible applications could be in microelectronics, sensor technology or battery technology. “Interfaces processed with 3D printing could, for example, also be used as catalysts for the production of complex chemicals,” says Momotenko.

However, the developers particularly emphasize that three-dimensionally structured electrodes could help to store electrical energy more efficiently. As part of a project, she is now also working on optimizing her process for this area of ​​application: The scientists are trying to drastically enlarge the surface of electrodes in lithium-ion batteries using 3D printing in order to accelerate the charging process.