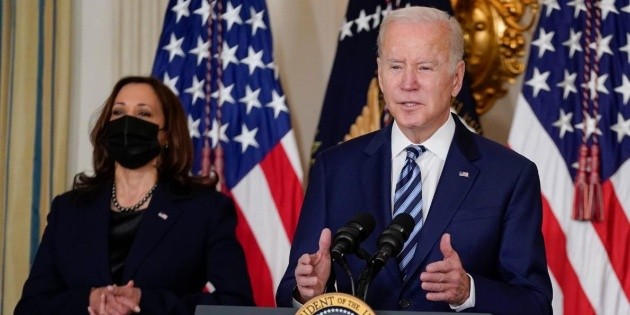 The president of United States, Joe Biden, resumed his duties this Friday after temporarily transferring Vice President Kamala Harris while she underwent a procedure of colonoscopythe White House reported Friday.

Press secretary Jen Psaki said on Twitter that Biden had spoken with Harris and his chief of staff around 11:35 local time (10:35 in Mexico) and “at that time he resumed his duties.”

Biden “was in a good mood” and remained in the Walter Reed Hospital presidential facility to complete “the rest of his routine physical.”

The colonoscopy, intended to detect abnormalities in the colon, is a test under general anesthesia, so he handed over power to Vice President Harris for just over an hour.

A) Yes, for the first time, a woman exercised, temporarily and formally, the presidential prerogatives in the United States.

The test is part of the President’s first health check, who turns 79 on Saturday. The details of the intervention will be published in the afternoon, Washington time, as previously reported by the US government.