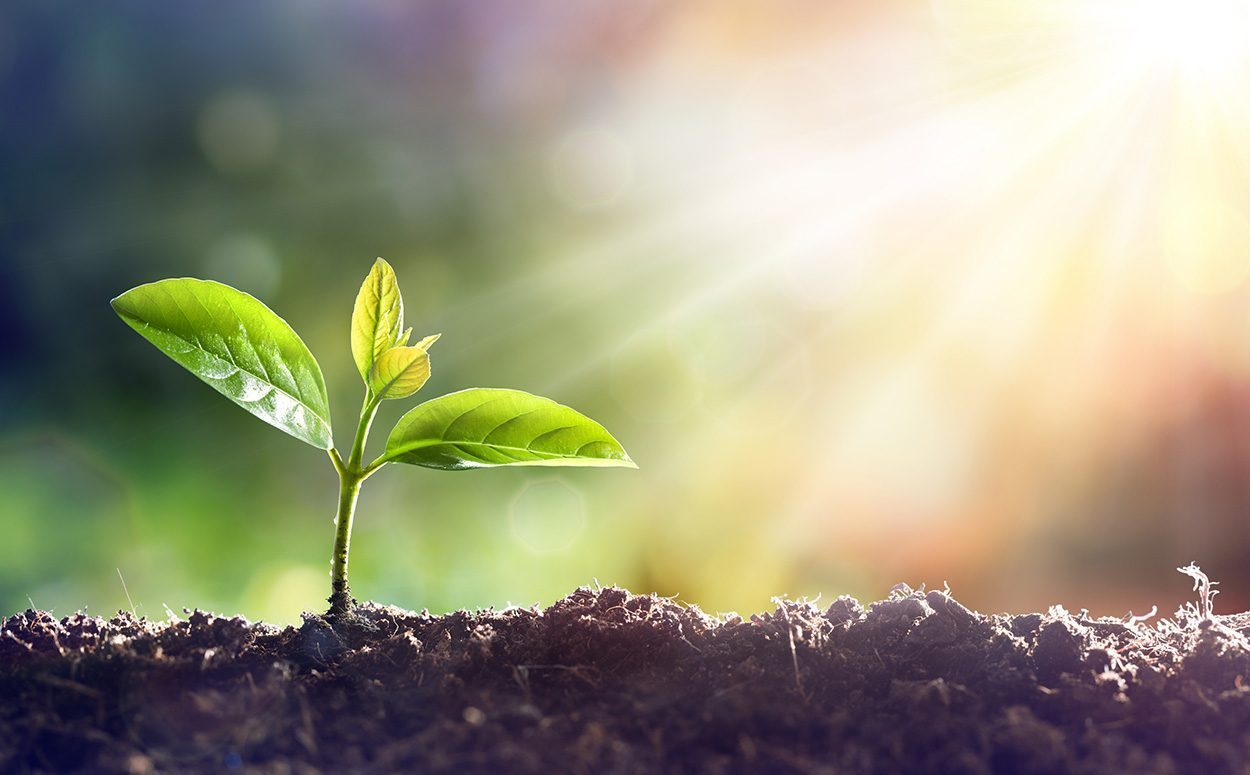 In plants, solid cell walls form a stable framework that supports and holds the cells together and enables the plants to withstand weather conditions such as wind. But how can they grow despite this solid structure? It has long been known that the growth hormone auxin can lower the pH value in the cell walls and thus make them softer. Now researchers have shown how exactly it does that. According to this, a protein that activates a proton pump plays an important role in this. It ensures that the cells can expand and divide.

Plant hormones from the auxin group enable plants to grow in a variety of ways: They ensure that the genetic material in the cell nucleus is reproduced, provide the impulse for cell division and control that plants turn to light. In addition, they create an important basic requirement for plant growth: they make the firm cell walls of the plants soft enough and thus create the possibility for the cells to expand and divide. According to the so-called acid growth theory, they activate proton pumps that lower the pH value on the cell walls and thus loosen bonds. The exact mechanism, however, was still unclear.

Activation of the proton pump

A team led by Wenwei Lin from the University of California at Riverside has now solved this puzzle. “Our results show that auxin is a fast and direct interaction between a protein called transmembrane kinase 1 (TMK1) and the proton pump H.+-ATPase (AHA1) in the plasma membrane of the cells, ”explain the researchers. AHA1 is usually inactive. However, if TMK1 comes into contact with AHA1, it attaches a phosphate group to a certain point and in this way activates the pump. This then pumps protons into the region of the cell wall.

As a result, the pH value drops and the stabilizing connections between the cellulose molecules in the cell wall partially dissolve. This allows the cells that were previously in a kind of stiff corset to expand. The additional protons in the cell wall also drive the uptake of water into the cell, which increases the internal pressure. “As with a balloon, the expansion depends on how thick the outer sides are and how much air you blow in,” explains Lin’s colleague Zhenbiao Yang. “When the pH value in the cell wall is lowered, water can penetrate the cell from outside and promote turgor pressure and expansion.”

Lin and his colleagues carried out various experiments to arrive at these findings. Among other things, they bred genetically modified specimens of thale cress (Arabidopsis) in which transmembrane kinase 1 and transmembrane kinase 4 were switched off. These plants showed significant growth disorders, and molecular analyzes showed that the phosphorylation of the proton pump by auxin no longer worked without the transmembrane kinases. Other substances, on the other hand, were also able to activate the pump in the mutants with the help of a phosphate group. “Thus TMK1 and TMK4 are required selectively for the auxin-induced increase in phosphorylation,” the researchers conclude.

When the researchers added TMK1 to the genetically modified plants, they were able to grow normally again. Without the transmembrane kinases, a low soil pH could alleviate the growth disorders. “The current results support and thus explain the acid growth theory,” the authors write. “Together with the latest findings about other auxin signaling pathways that are mediated by transmembrane kinases, it becomes clear that auxin regulates the growth and development of plants through the coordinated action of signaling pathways inside and on the surface of the cells.”