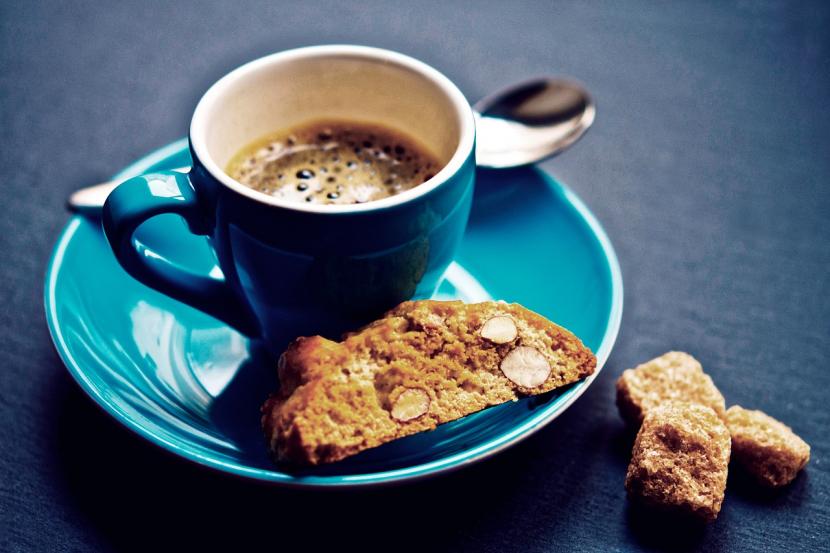 The habit of drinking tea and coffee helps keep the brain in tip-top shape.

This is shown by new studies Teetrinkgewohnheiten or coffee can help the brain in top shape. The study found that older healthy adults in the UK who drank coffee or tea regularly developed fewer strokes and dementia over an 11 year period later than those who did not drink any of them.

However, while these results cannot confirm a cause and effect relationship, this current study suggests that this drink has several health benefits. Dementia is a progressive, currently incurable loss of cognitive function that becomes more common with age. Dementia will become a bigger health problem in the future as people live longer.

Stroke, which occurs when blood flow to the brain is interrupted, causes about 10 percent of deaths worldwide each year. Stroke survivors can also experience many complications, including dementia. So any possible way to reduce the chances of developing this debilitating disease would be beneficial.

In the meantime, tea has long been considered a healthy drink, coffee is more controversial. However, these days coffee is referred to as a drink that has many benefits. New studies show that regular coffee consumption is linked to a lower risk of cardiovascular disease, certain types of cancer, and premature death in general.

However, according to the authors of the new study published in PLOS Medicine, there is still some debate about the benefits of coffee and the to reduce the risk of stroke and dementia. The China-based researchers examined data from the UK Biobank, a long-term research project that has been tracking the health of volunteers in the UK since the mid-2000s.

They specifically focused on 365,682 people aged 50 to 74 years with no pre-existing stroke or dementia who were followed for an average of 11.4 years or through 2020. At the beginning of the study, participants were asked how often they drank coffee … or tea.

A total of 5,079 dementia and 10,053 stroke cases were diagnosed on the basis of hospital records during this period. Among the different coffee and tea consumption groups, those who reported drinking two to three cups of coffee a day, three to five cups of tea, or a combination of four to six cups of coffee and tea were the least likely to develop dementia or stroke.

“Our results suggest that moderate consumption of coffee and tea, individually or in combination, is associated with a lower risk of stroke and dementia,” the study says. gizmodo, Friday (19/11).

The authors suggest that this type of observational study cannot be used to prove causality. They also note that the UK biobank volunteers are generally in good shape, which could mean the findings are less applicable to the general population. The study only looked at people’s eating habits, which means that it cannot be certain that the people in the study remained coffee or tea drinkers or abstained.

However, these results complement research showing a beneficial effect of these drinks on stroke risk. Other studies have shown that coffee and tea can improve overall blood vessel function, which could explain why these drinks appear to lower the risk of ischemic stroke compared to hemorrhagic stroke.

Ischemic stroke is caused by the blockage of a blood clot, while hemorrhagic stroke is the result of a blood vessel bursting and bleeding into the brain. About 80 percent of strokes are ischemic. However, there may be other protective factors that should be investigated in future studies, such as the antioxidant effects of caffeine. More research is also needed to find out if it is really possible to prevent stroke and dementia by encouraging people to drink coffee and tea if they are not already regular drinkers.

“Our results support a connection between moderate coffee and tea consumption and the risk of stroke and dementia. However, whether providing this information can improve stroke and dementia outcomes remains to be determined, ”the study authors write.