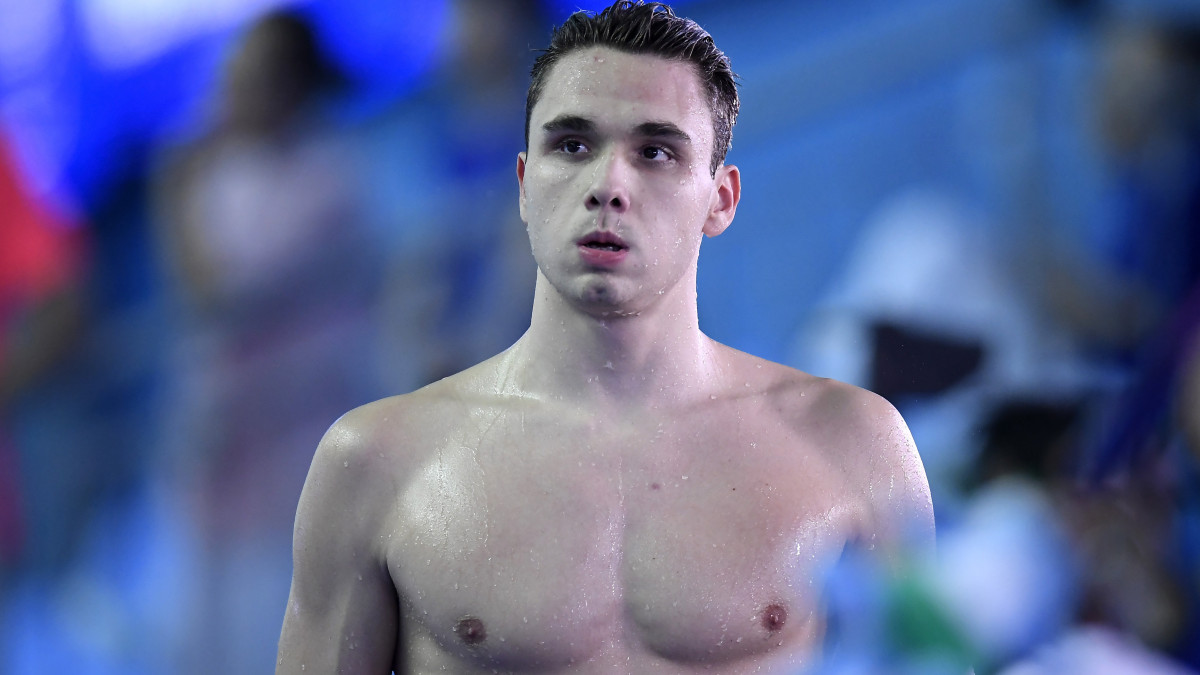 Kristóf Milák, who has been infected again with the corona virus, will miss the world championships in short-course swimming in December, the coach of Olympic champion Balázs Virth told InfoRádió.

“He is spending his ten-day quarantine, asymptomatic, he is at home, but he is patiently waiting for his return,” the swimmer reported briefly.

In the past year, according to the protocol of the domestic sports medicine, at least another month had to be missed because of a coronavirus infection. Balázs Virth said Milák did not swim for five days after the European Short Distance Championship, after which his ten-day quarantine began. If it passes, you can expect a cardiac exam depending on when you can return to work. The first two weeks will be good, leadership work, said the trainer.

From this it follows that he will hardly start at the Short Track World Championships from December 13th to 18th in Abu Dhabi.

“Those two weeks of downtime alone is a lot, and the gradual return will not allow you to get the pace of exercise you need during that time.”

Kristóf Milák was mentally and physically affected by the first coronavirus infection last year, his trainer says the current situation is especially mentally difficult for the Olympic champion.

“At the European Short Track Championships we saw what he can do with these six weeks of training. He was very motivated to improve things in the Hungarian championship that could be improved in the rounds. He’s been waiting for the opportunity and it’s mentally difficult when it comes to a competition where you can show what you know and have to miss.

His pupil is bored, reports Balázs Virth, but these ten days are not unbearably long.

The World Cup will be missed, try to calm them down, he added.

“We worked mixed before the illness. Autumn is always the start-up phase, in December we gradually switch to faster work, which has overturned a bit because the European short-course championships were already at the beginning of November, so tasks that were originally the work of a later cycle would have been added to the foundation ” said the trainer.

“I experienced the collaboration as absolutely positive, so it was very cooperative, it worked at a very high level,” says Balázs Virth. “The projected fears of how difficult it would be did not materialize. There were no difficulties. “

The full interview will be broadcast on InfoRádio’s mixed swimming after midnight on Thursday evening.