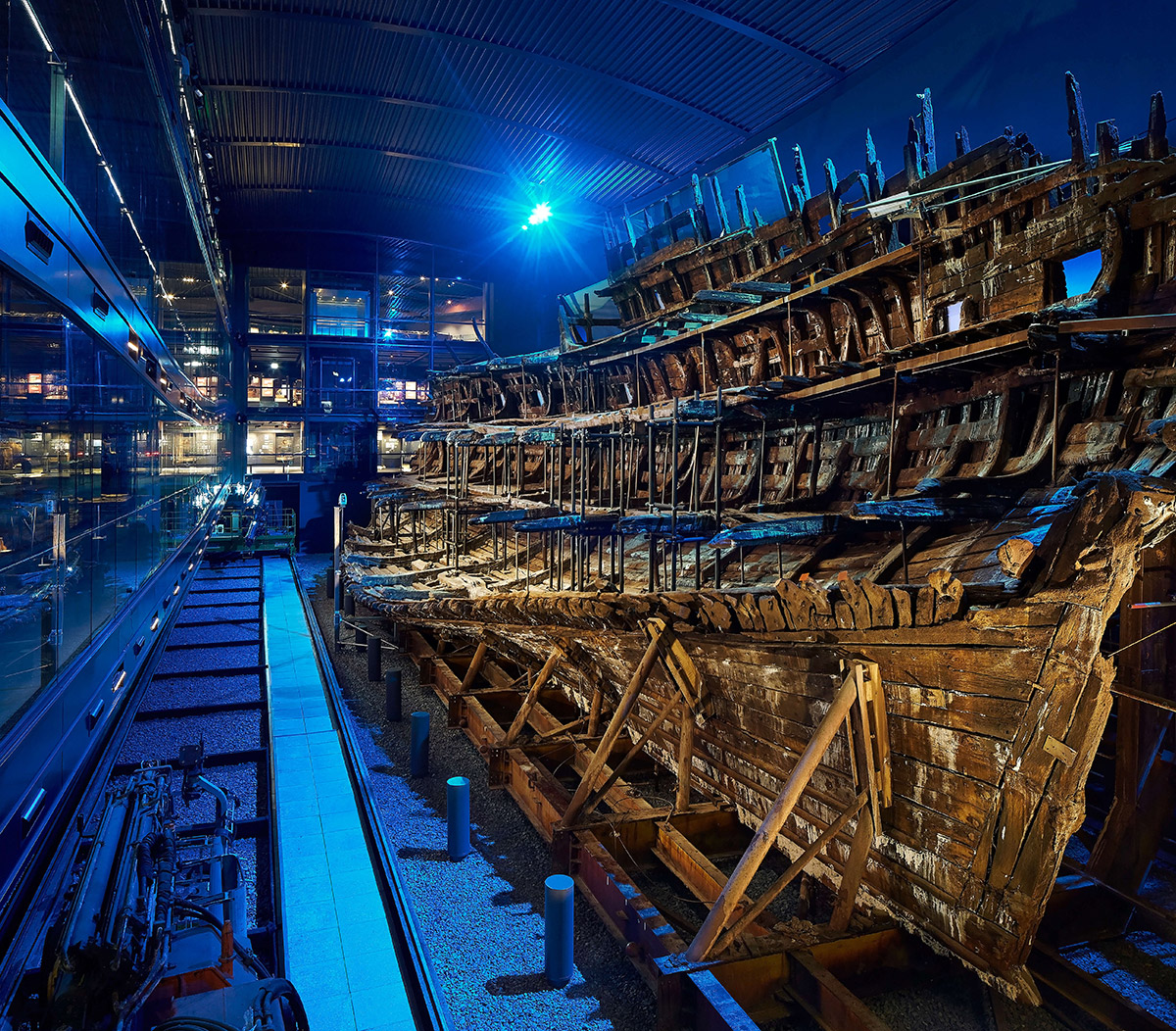 She was the pride of the English fleet and the most powerful warship of Henry VIII: The 510 year old “Mary Rose” is one of the most famous shipwrecks in the world. But the centuries at the bottom of the English Channel have weakened their substance: chemicals from corrosive metal parts and bacteria threaten to decompose the wood of the wreck that was recovered in 1982. A special x-ray is now supposed to reveal where the hotspots of this degradation are.

The construction of this ship was commissioned by Henry the Eighth himself in 1509 – as one of his first official acts after ascending the English throne. Because the English Navy was in bad shape at that time, only two larger warships were available. That was to change the “Mary Rose” built in Portsmouth. With a length of 45 meters and a weight of around 500 tons, it was one of the largest and most defensive warships in the fleet. Around 600 oaks were felled and processed for the planks of their hull alone.

After her launch in 1511, the Mary Rose served as the flagship of the English fleet for a good 30 years and survived numerous naval battles, especially against France. But her career ended in 1543: she sank off the coast of Portsmouth, for reasons that were not fully understood, together with her crew of around 500.

Safe, but not off the hook

Centuries later, in 1982, the wreck of the famous ship was discovered and recovered from the seabed in a sensational operation. Since then, the 510-year-old ship has been in a specially created museum in Portsmouth. But the more than 400 years on the ocean floor have left their mark on its mighty oak planks and planks. Not visible from the outside, there is a risk of decomposition inside many wooden parts.

Some chemical compounds that are produced by the corrosion of metal parts such as rivets, bolts and nails or the activity of anaerobic bacteria are particularly dangerous. Because they now promote further decay of the wood substance even in dry dock. “In order to find a way to stop the decomposition processes, we have to know where such sulphides are present and what they are,” explains Kirsten Jensen from the University of Copenhagen.

An almost atomic view of the wood

This is where their research begins: Jensen’s team used a special form of X-ray fluoroscopy to look deep into the centuries-old wooden parts of the wreck. The combination of computed tomography and X-ray scattering not only makes the structure of the materials visible down to the atomic level, but also shows which chemical compounds are present where.

“A look into the planks of the Mary Rose gives us a wealth of information that we can now use to develop strategies to protect this valuable cultural heritage,” says Eleanor Schofield of the Mary Rose Trust. “We can now better understand how the materials react to specific treatments and environments.” This helps, the team hopes, to preserve the unique shipwreck for future generations.